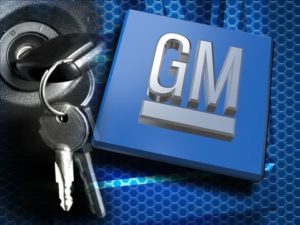 General Motors (GM) is facing a large amount of pending lawsuits due to a recent federal court ruling. According to USA Today, The U.S. Second Circuit Court of Appeals overturned a bankruptcy judge’s ruling this week that had protected GM from those lawsuits because of the company’s 2009 bankruptcy restructuring.

This ruling will undoubtedly bring heavy financial losses to the company as they will now have to go through thousands of cases. According to ABC News, About 1,000 death and injury lawsuits were put on hold waiting for the appeals court to rule, said Robert Hilliard, another attorney in the case. General Motors’ filings with securities regulators say there are another 101 U.S. lawsuits pending that allege that GM’s actions caused vehicle values to decline, with the expected losses for GM to range between $7-$10 billion.

After their bankruptcy in 2009, the Detroit-based automotive manufacturer has made a considerable rebound, as have other car companies since then. It will be interesting to see how this impacts the company moving forward. What makes this case so interesting is the fact that the pre-bankruptcty GM is now affecting the “New GM”.