Regulators have alleged that McKesson Corporation, a drug distributor, failed to report suspicious orders of painkillers that have been linked to the opioid addiction epidemic.

The company has agreed to pay a $150 million fine after they allegedly failed to detect and report suspicious orders of prescription pain pills, according to federal prosecutors. This has arguably led to the growing heroin crisis.

For example, more than 1.6 million orders for controlled substances were filled by McKesson in Colorado between June 2008 through May 2013. However,  just 16 of them from a single customer as suspicious, the Justice Department said.

In a statement from the White House last summer, federal fears related to pain killer and opioid addictions were made clear:

“President [Obama] has made [it] clear that addressing this epidemic is a priority for his Administration.  While Federal agencies have been using their authority to take every available action they can, Congress needs to take action on what is most urgently needed now – additional funding to make lifesaving treatment available to everyone who seeks it. The President has called for $1.1 billion in new funding to help Americans who want treatment get it wherever they live.”

Those addicted to opioid painkillers are most likely to form a heroin addiction according to the Centers for Disease and prevention.

McKesson, the nation’s largest drug distributor,  was accused of failing  to create an effective system to detect suspicious pharmacy orders. This was argued to be a violation of the Controlled Substances Act.

In 2008, McKesson agreed to a $13.25 million civil penalty for actions including failing to report suspicious sales of their drugs on “internet pharmacies.”

In a statement, McKesson said it settled “in the interest of moving beyond disagreements about whether McKesson was complying with the controlled substance regulations … and to instead focus on the company’s partnership with regulators and others to help stem the opioid epidemic in this country.”

The use of most powdered medical gloves has been banned by the FDA.

For only the second time in history the FDA has banned a medical device. Powdered medical gloves seem to pose adverse risks.

The Food and Drug Administration (FDA) has found that powdered medical gloves (powdered surgeon’s gloves, powdered patient examination gloves, and absorbable powder for lubricating a surgeon’s glove) “present an unreasonable and substantial risk of illness or injury.” This has led to a new rule banning these products from use, effective January 18, 2017.

One group has called the ban “18 years too late.” Nearly 20 years ago, in 1998, the advocacy group Public Citizen, filed the first of several citizen’s petition calling on FDA to ban powdered gloves.

After the ban was proposed by the FDA, Public Citizen responded saying that “when a medical product, drug or, in this case device, has unique serious risks but no unique benefit, it should be banned. The FDA’s statement that “we … only take this action when we feel it’s necessary to protect the public health” ignores overwhelming evidence going back almost two decades about the necessity to do so.”

Back in March of 2016, the FDA had prosed the powdered medical gloves citing evidence that they were a  danger to  patients, risks included airway and wound inflammation, post-surgical adhesions and allergic reactions.

Powdered gloves aim to make the removal of gloves easier for medical professionals. So, the FDA had to determine whether the ease of use outweighed the risks.

The rules not that powder is fine when used in the manufacturing process, but should not be a part of the finished product. The rule from the FDA “encourages manufacturers to ensure finished non-powdered gloves have as little powder as possible.”

If you believe that you or a loved one might have suffered from the medical use of powdered gloves, let the Medical Claim Legal Team help.

Johnson and Johnson is facing more legal trouble related to their hip products.

There are currently more than 8,000 suits for the DePuy Orthopaedics products manufactured by Johnson & Johnson.

In the past, the company has lost one trial involving the device and won another where the courts ruled in the manufacturer’s favor.

In the new case, the victim claims to have “suffered substantial injuries and damages” from the Johnson & Johnson subsidiary manufactured hip implant.

This comes less than a month after a federal jury in Dallas ordered Johnson & Johnson and its DePuy Orthopaedics unit to pay more than $1 billion to plaintiffs who claimed they were injured by Pinnacle hip implants.

The Indiana man filed the lawsuit in Middlesex County Superior Court on Dec. 9, the new suit alleges that the metal-on-metal version of the product is defective. As a result of defects,  metal particles move into a recipient’s bloodstream and tissue after wear and tear. 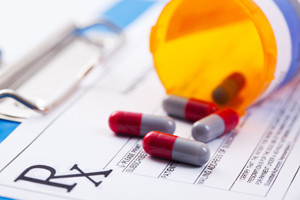 Reports have been released showing legendary pop star Prince, died of an overdose of the painkiller Fentanyl. The drug, which can be found on the black market, is more than 100 times more potent than morphine, making it the strongest opioid available.

“Fentanyl is a very dangerous opioid, whether you’re taking it as a prescription or you’re mixing it with black-market heroin,” said addiction specialist Andrew Kolodny, executive director of Physicians for Responsible Opioid Prescribing, in a USA Today article.

“Celebrity overdoses are just the tip of the iceberg of an epidemic,” Kolodny said. “Many of these deaths are occurring in people who are not your typical drug abuser. They are suffering from chronic pain and they are becoming addicted to legitimately prescribed medication.”

Prince’s death is just one in an increasing trend of opioid-related fatalities in America. According to a CDC report, Since 2000, the rate of deaths from drug overdoses has increased 137%, including a 200% increase in the rate of overdose deaths involving opioids. The alarming growth of opioid addictions and deaths has even been a topic in the presidential race, and continues to be a major topic in politics as a whole.

One startling point made in a Washington Post article is that so many people are dying of drug overdoses that it’s easing the shortage of donated organs. While there are many factors, whether accidental or intentional, that contribute to the number of overdoses in this country, there must be more effort put in to stop this growing epidemic.

In the past year, google searches containing the word “opioid” have increased continuously, and they grew even more when Prince’s death was linked to the painkillers. The awareness of the problem has grown across the country, however a solution has not been found. Hopefully there can be a solution to rehabilitate addicts, and prevent future overdoses from occurring.