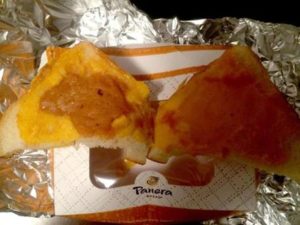 Panera, a chain bakery/restaurant popular across the United States, has been cast in some negative light through the media lately. The company faces a lawsuit due to an allergy mishap at a store in Massachusetts.

Elissa and John Russo ordered their 6 year-old daughter a grilled cheese online, and explicitly stated the child’s severe allergy to peanut butter. When the little girl became extremely ill after eating the sandwich, the parents knew something had gone wrong. Supposedly, a language barrier caused the workers at the store to put 2 tablespoons of peanut butter on the sandwich, causing the allergic reaction that hospitalized the girl for several days.

In an article from The Daily Meal, the Russo’s stated they have chosen to sue the Panera New England franchise for negligence, saying the sandwich chain, “engaged in unfair and deceptive business practices by adding peanut butter to the plaintiff’s grilled cheese sandwich knowing that [she] has a life-threatening peanut allergy.”

With an increase in awareness of allergies it is surprising to see such an event occur, especially one where the instructions were explicitly defined. The details of the lawsuit have not been released, but it will be interesting to see how the company handles this incident. If people with allergies to certain foods do not feel safe eating at Panera, their company will lose a large amount of money.